attempted to make the push switch out of copper sheets and cardboard, but failed
worked with the knitting machine and made moderate success
total work time: about 2 hours 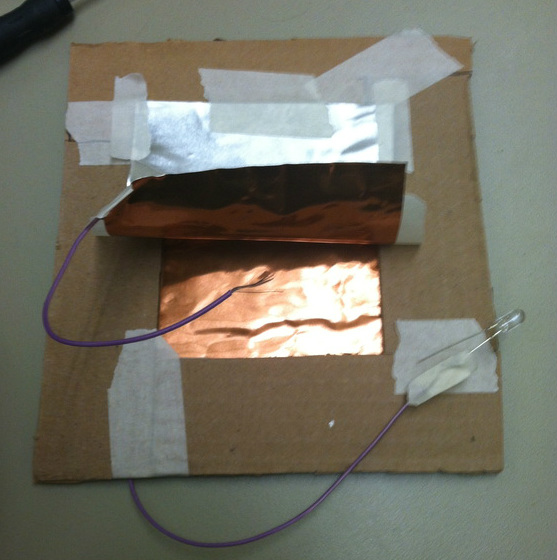 opened the back of the red dragon
attempted the use muscle wire along plastic wing inserts, failed
created a smaller version of the shadowbox design (http://minerva.cs.mtholyoke.edu/teaching/iDesignStudio/ShadowBox.html)
follow steps 4-6
instead of the small space for the snaps I cut out cardstock to fit inside the wings, this would replace the original plastic
the wings were too heavy and the muscle wire could not lift the wings
used just the cardstock wings instead of the fabric
through the seed bead on the muscle wire I did put two pieces of thread through, one created a "Y" like in the shadowbox project and the second thread made another "Y" but higher up
I made the second wing
I worked with the shadowbox code to remove the lights and failed
total work time: about 3 hours 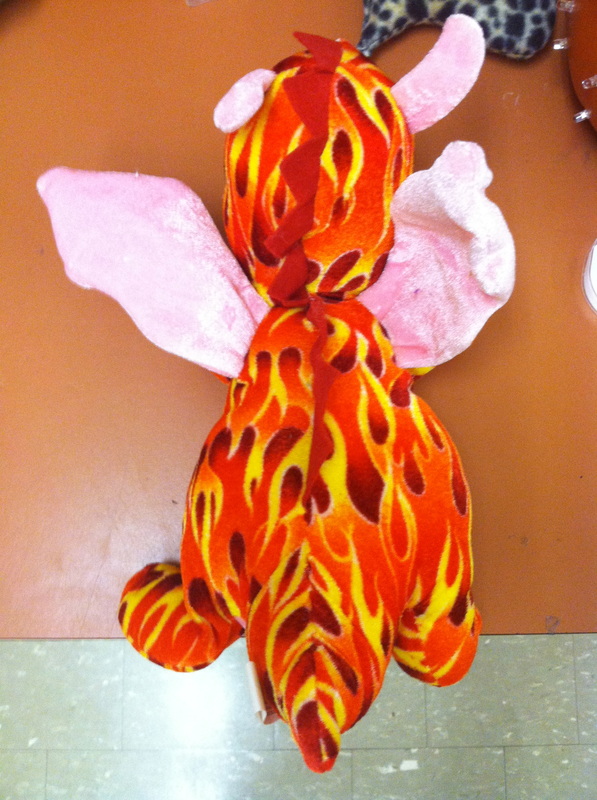 note: please imagine there was muscle wire in between the crimp beads, cut it out and reused it before I took a picture 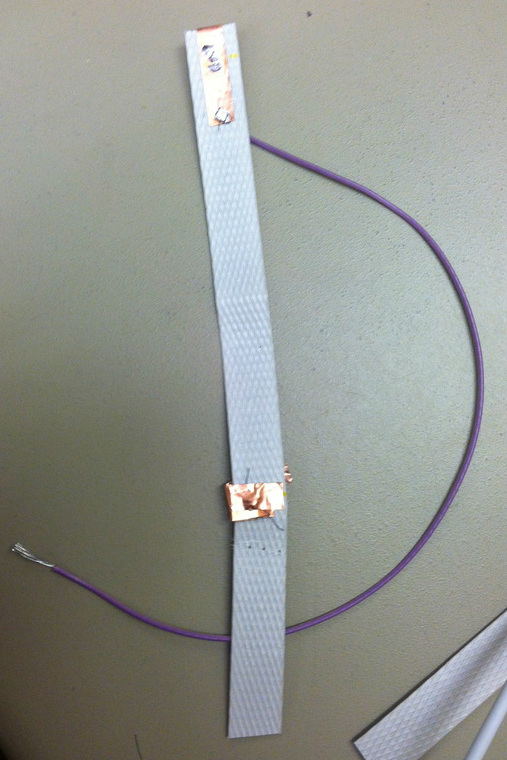 started on second dragon
cut out the embroidered eyes of the blue dragon
cut out felt to filling the area between the eye holes and the distance sensor
tried to come up with an idea for a third dragon, thought maybe something with the microphone or buzzer
total work time: about 1.5 hours

made heart for blue dragon

Worked on Code for red and blue dragon
got a lot of help from Audrey
total work time: about 1.5 hours 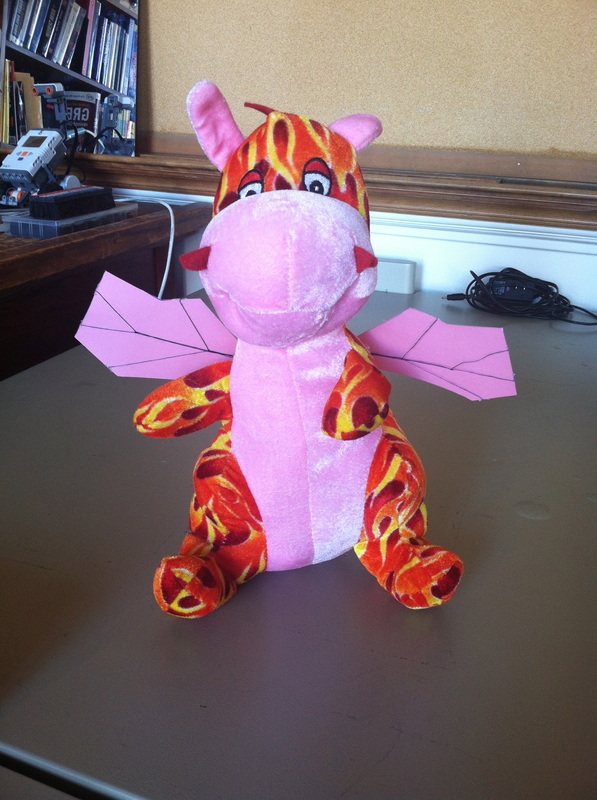 fixed the ears for the blue dragon (I accidentally cut an unnecessary hole in one ear)
worked on code for blue dragon with Audrey
learned that the distance sensor requires a 5V battery and the coin batteries for SquareWear are not enough
learned about sqrt(), it is a function one can put in Arduino code
dragon's eyes blink faster when you get closer
the code I ended up using was edited from http://treehouseprojects.ca/ultrasonictutorial/

Though I had previously tested the LEDs in the heart, I think I accidentally put too much voltage through and destroyed 3 of 5 LEDs in the heart and had to make a new one.
Finished the blue dragon 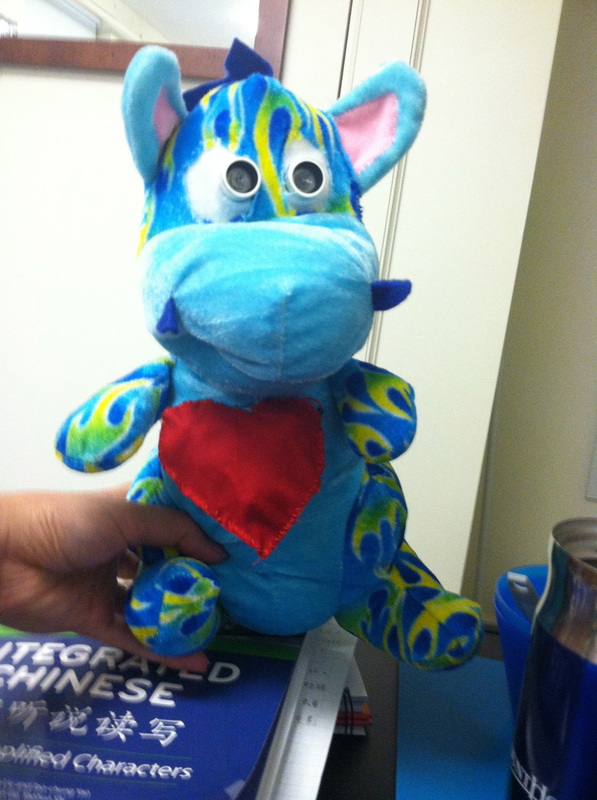